Watsonville boxer and WBA flyweight champ Carina Moreno, who is returning from an injury since fighting Susi Kentikian in Germany in December, sparred in March against Marlen Esparza in San Carlos.

Esparza, of course, qualified to the 2012 Olympics in women’s boxing and was the first American female to qualify.

In the video, Moreno is wearing the white head gear. 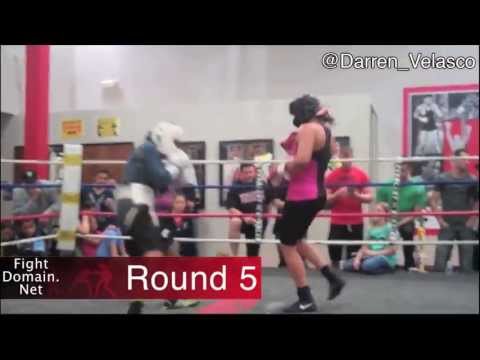